Showing posts from May, 2012
Show all

GATTACA and the coming future of genetic screening 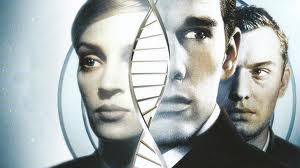 “I'll never understand what possessed my mother to put her faith in God's hands, rather than her local geneticist” - Vincent, the protagonist in the classic sci-fi flick GATTACA . I had the pleasure of rewatching this film recently and offering some commentary on the scientific ideas it centres on at an event organised by Newstalk radio’s Futureproof program at Dublin’s Science Gallery .   It was a very enjoyable evening, with a lively crowd and some thought-provoking questions.   I had forgotten what a great film it is, and remarkably prescient in its vision of the possible future applications of genetic technologies.   Though released in 1997, when the Human Genome Project had only just begun, it imagines a world where access to everyone’s complete genetic information is routine, where most people are conceived in vitro and embryos are prescreened for all manner of perceived genetic defects, and where those remaining few who were conceived the ol
2 comments
Read more
More posts