Showing posts from January, 2013
Show all

The Trouble with Epigenetics (Part 2) 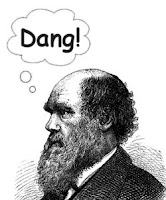 In Part 1 of this blog, I considered the various definitions of the term epigenetics and the confusion that can arise when they are conflated. Molecular epigenetic mechanisms modify chromatin structure and provide a means to stabilize a particular profile of gene expression. They also allow that profile to be passed on to a cell’s descendants, through mitosis. For this reason, epigenetic profiles have been called “heritable” (meaning through cell division). It is easy to see how that definition can be extrapolated to the idea that epigenetics could provide a means of heredity from one generation to the next.
This idea has attracted substantial interest, with many people seeming to think it overturns classical genetics (the inheritance of characters based on DNA sequence), and rehabilitates Lamarckian evolution by supplying a respectable molecular mechanism. This view has gained particular prominence of late in the study of behaviour and psychiatry, with the proposal that transgeneratio…
37 comments
Read more 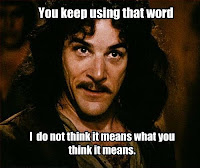 Epigenetics is a word that seems to have caught the public imagination. This is especially true among those, both in science and without, who decry what they see as genetic determinism or at least an overly “genocentric” point of view. Our genes are not our fate, because epigenetics! Such-and-such disorder is not really genetic, because epigenetics! Acquired characteristics can be inherited, because epigenetics!
The trouble with epigenetics is that the word means very different things in different contexts. Each of them may be quite valid, but when these meanings are conflated or when the intended meaning is not specified, the word becomes dangerously ambiguous. This is especially evident in the fields of behavioural and psychiatric research where the term is much abused, often, it seems to me, to give an air of mechanistic truthiness to ideas that are in reality both speculative …
29 comments
Read more
More posts