Showing posts from 2016
Show all

The genetics of educational attainment

A recently announced paper reports the results of an enormous genome-wide association study for educational attainment. The authors found 74 regions of the genome where there are common variants that show statistically significant association with this trait. Here are my thoughts on what this study found, what it didn’t find and what those positive and negative results might mean. First, it was a huge effort by a lot of people who should be congratulated for working together to carry out this analysis on such a huge scale. It is an interesting question and a worthwhile effort, in my view. The trait they measure, time spent in education, is an important one and has been shown to be moderately heritable. One large study estimated the heritability at ~40%, meaning of the variance in this trait, in the sample studied , around that much was found to be attributable to genetic differences between people. (For reasons I can’t figure out, the current study cit
8 comments
Read more 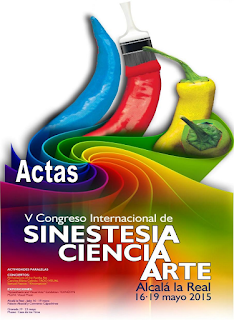 The following is an extract (just the text, not the figures) from a paper I wrote for the proceedings of the V International Conference Synesthesia: Science and Art . Alcalà la Real de Jaén. España. 16–19th May 2015.  Many of the ideas were also developed in a paper with my colleague Fiona Newell, on Multisensory Integration and Cross-Modal Learning in Synaesthesia: a Unifying Model . Abstract Psychologists use the term “ schema ” to refer to the information or knowledge that makes up our concept of an object. It includes all the attributes that the object has, such as the shapes of a letter and the sounds it can make, the shape of a numeral and the value it represents, or the face of a person and their name and everything you know about them. In many cases, those attributes are represented across very different brain areas (such as those conveying visual or auditory information, for example). With experience, the representations of the different attributes of an objec
1 comment
Read more
More posts