Showing posts from May, 2019
Show all

Were the principles of life invented or discovered? 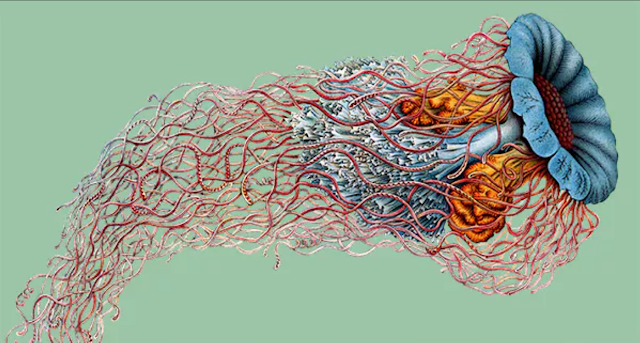 The concept of emergence just seems to rub some people the wrong way. The idea that there may be more in the whole than there is in the parts can seem like it’s cheating somehow, like we’re getting a free lunch, going beyond the basic laws of physics or even somehow violating them. This is especially true for varieties of emergence that claim that assemblies of parts can have causal power that the parts themselves do not have. (Ernst Haeckel) The basic premise of reductionism – the prevailing principle in much of modern science – is that all the apparent causality that we see in the arrangements of parts is really reducible to and fully explained by the basic forces operating on all the bits – the laws of physics playing out in ways that are certainly complex, but that require no other level of explanation. Any apparent purposiveness is an illusion, an epiphenomenon that plays no causal part in the dynamics of the system. The alternative to reductionis
Post a Comment
Read more
More posts