Showing posts from June, 2009
Show all

The question of what makes each of us the persons we are has occupied philosophers, writers and daydreamers for millennia but has been open to scientific inquiry over a far shorter time. The answer clearly lies in the brain and, somehow, in how it is “wired” (whether that refers to the amount or type of connections between different brain areas or to differences in how circuits function). But differences in brain wiring could be either innate or due to experience or environmental effects. This has been famously framed, by Galton originally, as a clash of nature versus nurture. The inspiration for this phrase may have come from Shakepseare’s The Tempest , in which Prospero refers to Caliban as a "A devil, a born devil, on whose nature / Nurture can never stick" . That line encapsulates the notion of an innate character that is resistant to extrinsic influences, especially efforts to change aspects of a person’s personality – an idea which anyone who has children may fi
20 comments
Read more 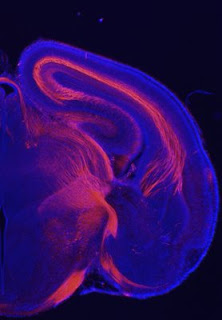 Welcome to the Wiring the Brain blog.  The purpose of this site is to allow researchers (or anyone else who is interested) to discuss research developments in various fields related to how the brain gets wired, how it varies and what effects this has.  These fields will include developmental neurobiology, molecular and cellular neuroscience, systems neuroscience, cognitive science, psychology, psychiatric genetics and others.  Recent papers or specific hypotheses will be highlighted for discussion.
5 comments
Read more