Showing posts from 2019
Show all

Is your future income written in your DNA? 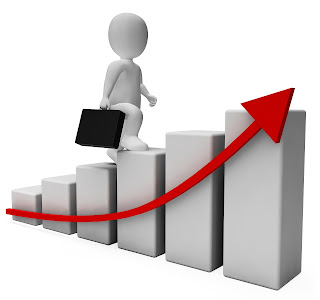 A newly published paper makes the claim that variation in people’s income can be partly traced to variations in their genes. Indeed, it identifies over a hundred specific genetic variants that are statistically associated with income in a large sample of people derived from the UK Biobank . To some, this idea is frankly preposterous – a naïve and outrageous over-reach of genetic determinism and reductionism, with strains of social Darwinism. To others, it is completely expected – not trivial, in terms of the work involved, but certainly not at all surprising and not so earth-shattering in terms of social implications. The devil is in the details, of course, of the methodology and the results, and, importantly, the way they are presented and interpreted. The idea that something like a person’s income could be partly heritable – that is, that variation in income across the population could be partly attributable to genetic differences between people – is in fact, not new at
Post a Comment
Read more

Is biology just complicated physics? Can we understand living things as complex machines, with different parts dedicated to specific functions? Or can we finally move to investigating them as complex, integrative, and dynamic systems? For many decades, mechanistic and reductionist approaches have dominated biology, for a number of compelling reasons. First, they seem more legitimately scientific than holistic alternatives – more precise, more rigorous, closer to the pure objectivity of physics. Second, they work, up to a point at least – they have given us powerful insights into the logic of biological systems, yielding new power to predict and manipulate. And third, they were all we had – studying entire systems was just too difficult. All of that is changing, as illustrated by a flurry of recent papers that are using new technology to revive some old theories and neglected philosophies. The central method of biological reductionism is to use controlled manipulation o
Post a Comment
Read more

A new study claims that neuroimaging can be used to distinguish the brains of murderers from non-murderers. It follows in a long tradition of attempts to find biological indicators of violent criminality, from faces to skull bumps to genes to brains. But are the data convincing? Does this study really accomplish what it claims? Is it even based on a well-founded question? And what are the ethical implications? Here is the abstract of the paper , by Ashly Sajous-Turner and colleagues: Homicide is a significant societal problem with economic costs in the billions of dollars annually and incalculable emotionaimpact on victims and society. Despite this high burden, we know very little about the neuroscience of individuals who commit homicide. Here we examine brain gray matter differences in incarcerated adult males who have committed homicide (n = 203) compared to other non-homicide offenders (n = 605; total n = 808). Homicide offenders’ show reduced gray ma
Post a Comment
Read more
More posts