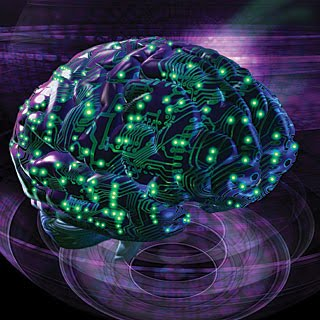 Recent evidence indicates that psychiatric disorders can arise from differences, literally, in how the brain is wired during development. Psychiatric genetic approaches are finding new mutations associated with mental illness at an amazing rate, thanks to new genomic array and sequencing technologies. These mutations include so-called copy number variants (deletions or duplications of sections of a chromosome) or point mutations (a change in the code at one position of the DNA sequence). At the recent Wiring the Brain conference, we heard from Christopher Walsh, Guy Rouleau, Michael Gill and others of the identification of a number of new genes associated with neurological disorders, epilepsy, autism and schizophrenia.

The emerging picture is that each of these disorders can be caused by mutations in any one of a large number of genes. Strikingly, many of these genes play important roles in neural development, with mutations affecting patterns of cell migration, the guidance of growing nerve fibres and their connectivity to other cells. Even more remarkable has been the observation that most such mutations predispose to not just one specific illness (such as schizophrenia) but to mental illness in general, with a strong overlap in the genetics of schizophrenia, autism, bipolar disorder, epilepsy, mental retardation, attention-deficit hyperactivity disorder and other diagnostic categories. These different categories may thus represent arguably distinct endpoints arising from common origins in neurodevelopmental insults.

What we do not yet know is why. How does a mutation in a gene controlling say, the formation of connections between specific types of nerve cells, ultimately result in someone having paranoid delusions? (While another person carrying the same mutation may develop the quite different symptoms of autism at a much earlier age). Answering such questions will require much greater integration of efforts across a wide range of disciplines.

These efforts must include neurodevelopmental biologists. Over the past couple of decades, tremendous progress has been made in elucidating the molecular mechanisms underlying nervous system development. In many cases, these advances have been made using fairly simply model systems – fruit flies and nematode worms have been favourites in this field, as well as simple parts of the vertebrate nervous system such as the spinal cord and retina. While more and more researchers are trying to figure out how these mechanisms apply in the vastly more complicated mammalian brain, we are still a long way from understanding how this structure develops. This is especially the case as much of the circuitry of the brain is not prespecified by genetic instructions down to the last synapse, but is strongly affected by patterns of electrical activity within developing circuits. Nevertheless, it has been possible to use animals with mutations in particular genes to figure out what the functions of these genes are in the development of specific brain circuits.

The logic of these approaches is fairly straightforward: in order to discover the normal function of Gene X, mutate it, look at what happens to some part of the brain and work backwards to deduce the cellular processes that have been affected. What is needed now, if neurodevelopmental biologists are to make a contribution to the study of mental illness, is a different approach. We must develop an interest in the phenotypes themselves, not just as tools to elucidate the gene’s normal functions. If mutations in Gene X can cause autism, for example, then a mouse with the same mutation becomes a valuable and informative model of disease. It becomes of interest to analyse not just the direct processes affected by the mutation but all of the knock-on consequences. While these questions may start with neurodevelopmental biologists they rapidly require additional expertise to address.

This will entail a framework to link investigations across levels of analysis typically carried out by researchers in quite different disciplines. For example, if the mutation affects formation of synaptic connections between certain types of cells in certain brain regions, then how does this change the function of the circuits involved? If this changes the activity of the circuit, then how does this affect further activity-depdendent development of interconnected regions? How does that affect the information processing capabilities of these networks? What cognitive functions are carried out by these networks and how are they impacted? At what level can we most directly translate findings in animals to humans? Each of these questions requires researchers in different disciplines to work together.

The imperative to do this could not be more stark. Roughly 10% of the world’s population is affected by mental illness at any one time, and over 25% will have some mental health problem over their lifetime. As well as the costs to individuals and their families, the public health and economic burdens from these disorders are massive, as large as that of cancer and cardiovascular disease. In fact, the proportional burden is growing as we are making good progress in treating the latter disorders, while mental illnesses have lagged far behind. This is mainly because we have not been able to apply the tools of molecular genetics to the problem. This is now changing, thanks to the revolutionary advances in psychiatric genetics. The challenge now will be to translate these discoveries into real understanding of disease mechanisms and ideas for novel therapies.

This post is based on a brief article that introduces a thematic series of reviews and primary research papers on the theme of Wiring the Brain. This series will appear across various journal titles of the open access publisher BioMed Central and can be accessed here.