The criteria used to assign patients to specific psychiatric disease categories are set out in the Diagnostic and Statistical Manual of Mental Disorders, published by the American Psychiatric Association.  (There is also a World Health Organisation equivalent, the International Classification of Disease).  Every so often, these criteria are revised to reflect new research and changing concepts of disease.  The APA has just released a draft of preliminary revisions to the current diagnostic criteria (available at http://www.dsm5.org/) as part of the preparations for the fifth release (DSM-5), due out in 2013.

The specific diagnosis given to any patient who shows up with a spectrum of symptoms has major implications not only for their clinical treatment but also for insurance, education, employment and many other aspects of their lives.  Given the authority and influence of this tome for clinical practice as well as research purposes, it is timely to consider how genetics is, or is not, informing the diagnostic criteria. 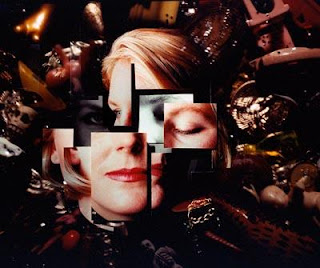 One example where this question is especially relevant is to debates that have been going on for over a century about the underlying validity of the distinction between schizophrenia and bipolar disorder (and the various names each has gone under over that time).  DSM-IV currently defines these disorders in such a way that they are effectively mutually exclusive, though they share many individual symptoms.  Certain combinations of these symptoms co-occur often enough to warrant a label for the syndrome.  One could argue that the distinction between these two categories is quite valid and clinically useful, in terms of prognosis and treatment.  (Though see “Madness Explained: Psychosis and Human Nature” by Richard P. Bentall for a contrary viewpoint).  On the other hand, the definitions have been explicitly designed in order to separate them at either end of a spectrum, with the intervening spaces filled in with a variety of other categories, such as schizotypal personality disorder or schizoaffective disorder.  While the ends of the spectrum might be quite different, each move along it might be more dimensional than categorical.

Recent genetic findings are much more congruent with a dimensional distinction than a categorical one and suggest substantial shared etiology between these disorders.  Surprisingly, they also demonstrate overlapping risk for other major psychiatric disorders such as attention deficit hyperactivity disorder, autism, epilepsy and mental retardation (or intellectual disability).

First, very large-scale epidemiological studies have confirmed that psychiatric disorders tend to co-occur generally within families.  Thus, if a person has a first-degree relative with schizophrenia, while their risk of schizophrenia is ten times higher than the average person’s, their risk of bipolar disorder or autism or epilepsy is also dramatically increased.  If these disorders are caused by single mutations (and the field seems to be slowly moving to acceptance of this model), then the implication is that any such mutation may result in a spectrum of symptoms in one individual, which leads to a diagnosis of disorder A, and in a different spectrum in another individual, which leads to a diagnosis of disorder B.

This model is borne out by the analysis of the effects of mutations in a growing number of specific loci.  These include mutations in single genes such as CNTNAP2, NRXN1, and DISC1, as well as co-called copy number variants (CNVs) – deletions or duplications of chunks of a chromosome that may contain more than one gene – including recurrent CNVs at 1q21.1, 15q11.2, 15q13.3, 16p11.2, 22q11.2 and about thirty others.  In all these cases, such mutations are associated with increased risk not to just one disorder but to many.

These findings raise some crucially important questions: why can so many mutations result in the same disorder (or spectrum of symptoms)? And, conversely, why can one mutation result in quite different spectra of symptoms in different individuals?  The mapping from genotype to phenotype is not direct, at least if phenotype is defined by clinical category.  Clearly, genetic interactions with other mutations in each person’s genome are likely to have an important influence.  Just as clearly, these cannot be the sole determinants of the eventual phenotype as monozygotic twins are often discordant for psychiatric disorders.  While environment and experience may influence phenotype, it is also likely that intrinsic developmental variation plays an important part (See post: “Nature, nurture and noise” on June 24th, 2009 for more on this).  All of these factors are likely to contribute to an individual’s developmental trajectory and eventual phenotypic end-point.

These findings obviously raise some doubts about the clinical validity of the diagnostic categories.  Perhaps they are overly and arbitrarily defined constructs of limited usefulness that actually hamper medical practice and research.  Alternatively, they may describe truly distinct phenotypic end-points reflecting real differences in current pathophysiology, despite the similar genotypic starting point.  For example, one patient with psychosis may share more in common with another patient with psychosis (and a different genetic etiology) than they do with another carrier of the same mutation who does not have psychosis.

The draft recommendations for DSM-5 include the welcome addition of dimensional criteria that can be applied across diagnoses to give a quantitative measure of specific symptoms.  Genetics and neuroscience will continue to offer greater insights into pathogenic and pathophysiological mechanisms over the next few years – it will be interesting to see how these can be incorporated into the final version of DSM-5 and what their influence will be on clinical practice.